*Disclaimer – There are post-surgery images that may offend some people.

Anyway, I’ve had three weeks off and exhausted all of Taylor Swift’s old school albums since she finally just joined Spotify again whilst feeling sorry for myself, so figured this post was long overdue. I’m doing

okay, there isn’t really a word better than ‘okay’ to describe it. I am in pain and discomfort but it’s not horrific anymore, it’s more a nagging pain in my right side and bruised ribs. My pelvis is very bruised where the surgeon had his hands inside and moved a lot around and that is probably the worst pain, it stops me from walking, moving around and going to the toilet at all. But again, it’s getting better each day and every day I’m able to walk a little further and stand a bit straighter.

So now you all know I’m alive and doing better I’ll explain the traumatic experience that was my surgery. The surgery itself was fine, I got into my paper pants and sexy green stockings and whilst putting in my cannula and other bits and pieces I was chatting away with the anaesthetist about how I’ve watched the film “Awake” too many times and I’m petrified of waking up mid surgery. That was the last thing I remember.

I woke up in another room and literally the moment I gasped in air the most horrific pain hit me across my chest and my stomach, I began screaming and crying and was basically inconsolable. I had had an epidural put through my spine and the anaesthetist came back to check it was working as I wasn’t supposed to be in pain. Now imma cut a long story short but basically what had happened is an epidural (commonly used for giving birth) is supposed to numb the lower part of your body so you can’t feel anything. It is a needle that is put through your spine and a single mm out can cause issues. What had happened was the epidural was instead numbing up my body, meaning as time went on my chest was becoming numb, my lungs and my throat were becoming numb and so I couldn’t physically breathe. Meanwhile my stomach, incision and all the lower parts of my body were killing still and I could feel everything. I would describe it as suffocating whilst someone is ripping tendons, veins, intestines, anything attached out of your stomach. I think I broke the nurses hand because I was like a creepy psycho grabbing her like “DON’T LEAVE ME!” I’ve never seen such terror in her eyes.

As time had passed they turned off the epidural but left it attached in my back and put me on a morphine pump along with random other things by drip but I didn’t really care at this point. Around 6 hours had past and my mom and john got to come and see me so I naturally felt a little more relaxed. But Day two, when my family came to visit I vaguely remember, everything was spinning and colourful and I was drifting in and out of consciousness. Things were happening around me that weren’t actually happening and I was sort of in a dream state back at home, I was post op and everything was just normal. Someone was holding my hand tightly and then I don’t really know how to explain it, but you know in a film if someone is having a vision or a hallucination and then someone wakes them from it, it’s kind of like a whirlwind multicoloured tunnel dragging them back into reality like really dramatically? Well basically that happened, it felt how I imagine someone feels when their lungs stop working and they use those defibrillator things to jolt them back to life (very scientific I know, haha). Suddenly I was again in this excruciating pain and there was loads of people around me, they were calling my name and shaking my head and I didn’t recognise a single one of them. I felt panicked and was quite literally terrified, I started crying and screaming. John was holding my hand trying to calm me but I didn’t recognise him at all, I didn’t recognise my mom or my dad, all these people were just talking but I was so scared I couldn’t speak. After a few minutes I began to recognise them but I was thinking how did I get back into the hospital? Then realised I was still in a dream. Now I’ve watched inception countless times and lucid dreaming isn’t something I’m not familiar with in real life anyway, so I was like right I’ve got to wake up. The only way to wake up is to die in my head at this point, so I was thinking I can’t kill myself because all these people are holding me so how am I going to wake up? I was crying and panicking and kept saying to people that I’m in a dream and I need to wake up, can you help me wake up. I was looking at my hands and my body and it wasn’t real, it wasn’t really there, things were changing around me which solidified the idea I was in a dream even though everyone kept telling me I wasn’t. I just thought

they were tricking me. But after about half an hour of being in pain and conscious I realised that this was actually reality, I mean I still believe I was in a dream but I accepted that it wasn’t. What had basically happened was I had been administered too much morphine and had overdosed. I was not breathing normally and was unresponsive so they gave me an injection that reverses morphine’s effects and jolts you back into consciousness. Literally. So I was having a really fucking bad trip. But thankfully after that things began to go smoother.

It had been a week and not much was happening, I lost days and can’t remember much. There were moments of excruciating pain and then pain free moments, over time I had my catheter removed and started having physiotherapy to get me out of bed. Things were not the greatest but not as bad as they had been. The day staff were lovely and comforting, trying to get me to eat by offering me anything I wanted and spending free time talking to me so I didn’t feel anxious or lonely when I didn’t have visitors. I was high on pretty much anything I could be prescribed for the week but things were improving.

Until day 9 when I woke up and I could hear someone talking, I hadn’t slept properly in 8 days and the voice was really loud, I responded but nothing. It didn’t take me long to realise that the voice wasn’t really there. I started seeing dark shadows moving across the room and having this overwhelming screaming inside my head that kept telling me to run out of the hospital. Again, to cut a long story short my mental health was not in a good place, but I recognised this and talked (more like hiccupped between sobs) to the nurse and asked to see a mental health doctor because something wasn’t right. They decided to take me off the morphine machine as it was giving me these hallucinations and said I was suffering from post-traumatic stress disorder from my surgery and the first few days in the hospital.

On day 10 I told myself I will get out of bed, get showered and dressed and smile like a creepy Cheshire cat, move around so it looks like I’ve miraculously been healed by an unknown force and convince my surgeon/doctor that I was ready to go home. Well, it worked nonetheless, I felt the last part of recovery was better for me at home and I felt that staying was only making me worse. I felt like I was being held there against my will and just needed to get out anyway possible.

We finally got home at 5:30pm after waiting a ridiculous amount of time for someone to give me a bloody pack of 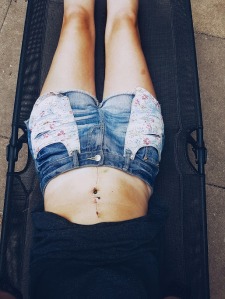 tramadol and after proper milking it me and john got to stay the week in the bedroom with the on suite. Untill now when I’ve been evicted back into the conservatory living the life of dog hairs, suffocating heat and day light at midnight.

The past few weeks have been very tough, both physically and mentally, I want to be able to get up and do something, I want to start feeling better and having fun and feeling happy again but in time life will get back to normal and I’ll have a bad ass scar to show off when I’m drunk and living life like a normal person not being worried about having a flare up.

I apologise that this has been quite a depressing post, I skipped through it fairly quickly considering I was in there for 10 days but it was already depressing enough so didn’t think I’d give you every gory detail, like when my first bowel movement was and what a traumatic experience that was alone! (Genuinely felt sorry for the next person using the toilet, I probably killed off some old woman). Each day I’m getting better and I have loads of exciting things to look forward to that I’ll be able to share with all of you!

Also thank you to every one of you that has messaged, I haven’t even managed to reply to some of you but I will get round to it I promise! Thank you to everyone that came and 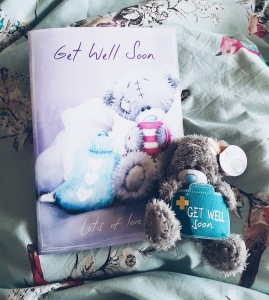 visited and thank you to everyone who has sent me gifts! Thank you to all of the staff that looked after me even when I was losing my marbles. Thank you to my family for looking after me each and every day, even when I milk it to get an extra cup of tea or bar of chocolate and especially shout out to Alex that for the first time in her entire life has got up and made me some food. I feel like Zante has really taught her some life lessons, haha. Most importantly thank you to Dr Fallis, my surgeon who has given me the chance at a whole new, happy life! (I feel like I’m writing a fucking acceptance speech for a Grammy award or something, sorry for my cringe).

My next post will be more happy and upbeat, but at the minute posts will be a little inconsistent as I’m still in and out of getting high on tramadol and binging on Netflix. 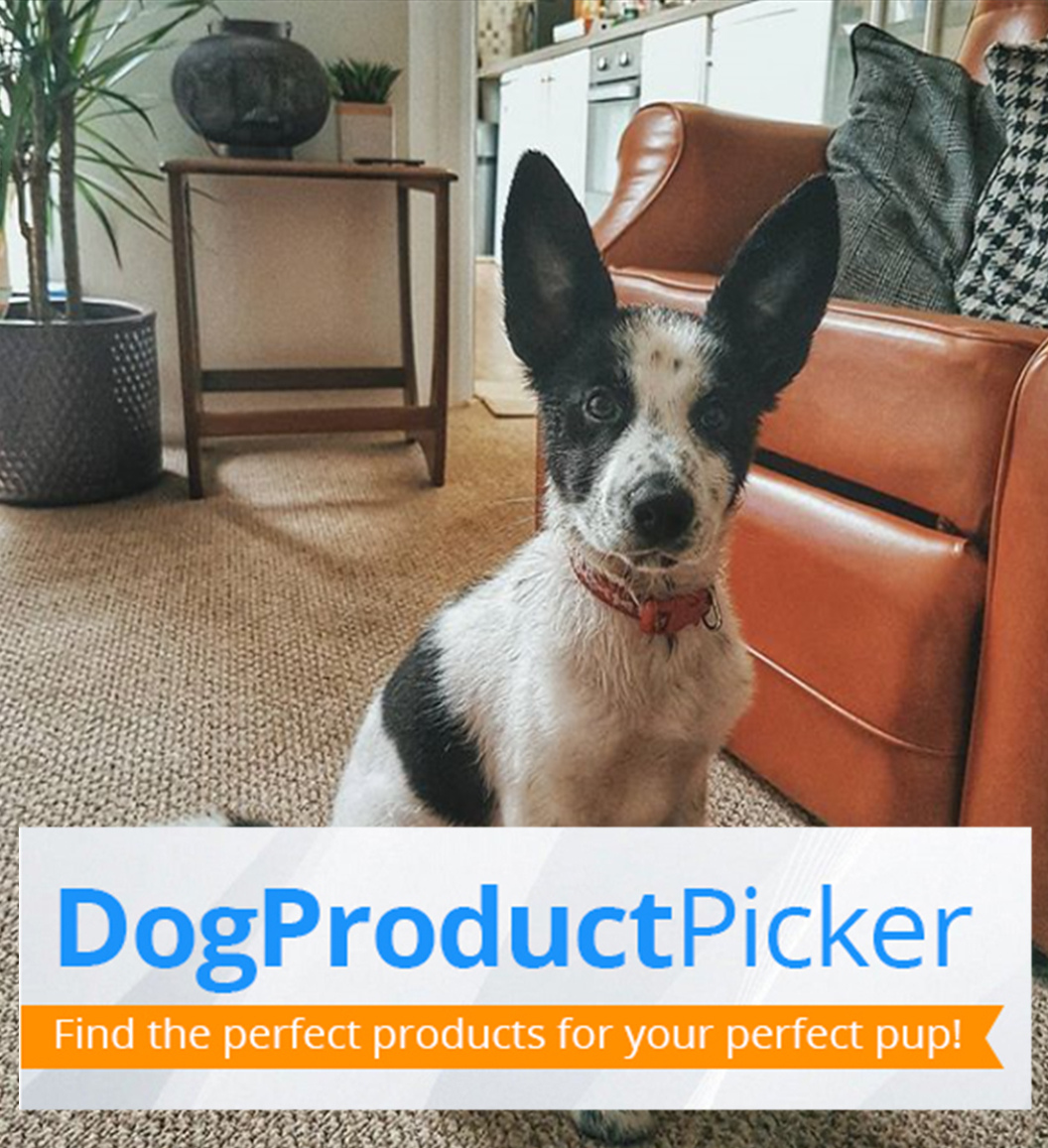